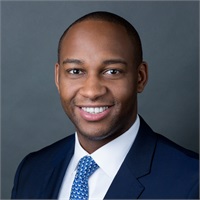 "Devote your time and energy to what you enjoy doing most. Be committed to it and keep getting better." – Carlos Salmon, Founder & Managing Director – Kyros Wealth Management

Carlos learned about hard work and dedication from his dad and growing up in the family's grocery store business.  His father's journey began with sweeping the floors and dusting the shelves of a local Hartford grocery store in the mid-70s. He worked hard. He learned the grocery business from the ground up and eventually became the owner of that same store, in addition to several others.  Carlos's father insisted that he and his two older sisters learn the same way. "He always said, 'If you don't understand each aspect of your business yourself, how can you expect to help others?'" Carlos remembers his father saying, "Give it your all.Don't just know your craft, master it." These were the life lessons that Carlos learned early on as a kid with a broom and a duster.

His dad's lessons would eventually define the way Carlos works with his clients as a financial advisor…but, not before that same strong work ethic, passion, and diligence propelled him to becoming one of the best tennis players in the United States. Initially recruited by the University of Southern California, Carlos later transferred to Wake Forest University where he became a top-30 nationally ranked doubles player before finishing out his collegiate career.

It was after college while working as a tennis pro in The Hamptons, that a client introduced Carlos to senior management at Merrill Lynch.  In short order, Carlos was hired by Merrill at their flagship Fifth Avenue office in Manhattan.  There he developed the philosophy and values that characterize the way he works with clients today.  When asked to describe this philosophy, he responds, "I love building new relationships and looking at all aspects of a client's financial picture to help them pursue their goals. When you have a strong relationship with someone, you truly know them, and that's when you can help them the most."  Carlos's dedication to putting his clients' interests first, as well as the knowledge and experience from the family business, two stints at Merrill Lynch, a boutique investment bank, and KeyBank's Trust Company, led him to form Kyros Wealth Management.

Founded on the pillars of comprehensive financial planning, goals-based investing, and personal risk management, Kyros employs a disciplined process to help clients grow, manage, and protect their wealth.  Carlos lives in Connecticut with his wife Eirini and their young son Nathaniel, instilling the same core values in his son that he learned from his dad. Together they enjoy frequent travel to his wife's hometown in Greece as well as visiting his family in Jamaica.